5 things to love about The Musketeers

I love me some piping-hot musketeer action of a Sunday night!

If you’re not into swashbuckling adventure and haughty cheekbones, then here are five other things to enjoy each episode. Also, I pity you.

No one in 17th century Paris gives a flying feck about safety. In the first episode, Aramis’ girlfriend kicked a pistol across a room. In the last episode, d’Artagnan and Constance snogged up against sharp kitchen implements and sat on a chopping board. In this scene, Milady de Winter just sets her flaming torch down on the floor next to her silky frock while she expositions poor Athos into submission. Be careful, everyone!

Why isn’t the excellent Peter Capaldi allowed to be Scottish? Chris had a theory that the English accents were quick shorthand for ‘being French’, and perhaps the Spanish or Swedish characters would have some other regional accent. But then an English Spaniard and a Scottish Frenchman turned up and now we have no idea. He sounds endearingly, entertainingly, completely bananas. Also: I would totally buy tickets to see a reunion gig by these guys. Sing ‘Stay Another Day’!

If you like hats, then have I got the show for you. Feathery hats, foldy-up hats, little hats, big hats – it’s hat heaven. Really, I’m totally into all the musketeers’ accessories, particularly those one-shoulder capes and leather jerkins. I suspect I’m one personal tragedy away from dressing like this in everyday life.

Look, here’s Aramis putting on his fancy boots, while his girlfriend kicks a gun around. Dude’s living the dream! 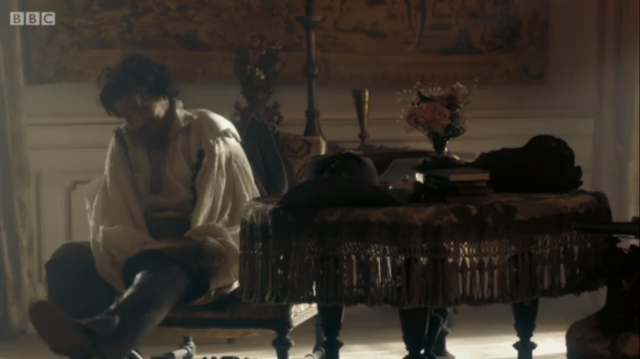 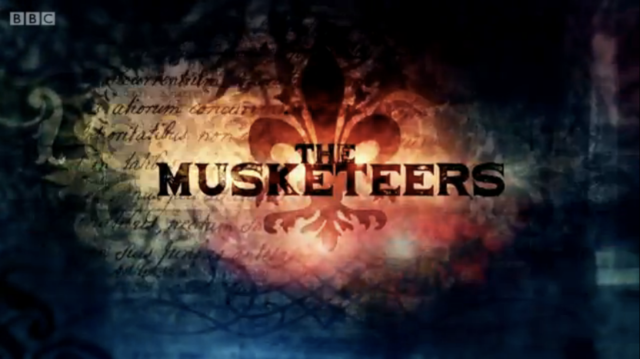 If you haven’t yet tried ad-libbing lyrics to The Musketeers theme tune, then I suggest you give it a go. HEY!

Don’t you just love those weird forks that keep turning up? Guys? Hello?

This entry was posted in TV and tagged The Musketeers. Bookmark the permalink.

1 Response to 5 things to love about The Musketeers